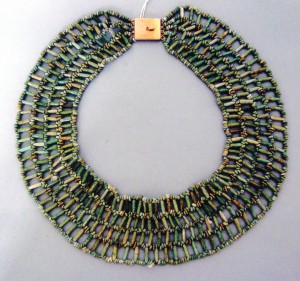 The Museum’  collection includes necklaces and  earrings  made of Egyptian faience. The provenance of the Egyptian faience is from “Amarna” near Minya (Middle Egypt). The excavation in the area revealed that it was  the “city” where the 18th dynasty pharaoh Akhenaten lived —he reigned between ca1351 and 1334BC. The city’s stone work of the temples or palaces had not survived when discovered in 1891 by a famous English Egyptologist and archaeologist, Flinders Petrie (1853-1942). The faience was  strung into necklaces and ear rings  in the 20th century AD. 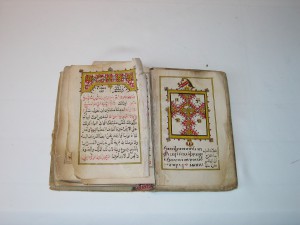 The Museum exhibits a number of manuscripts in Coptic and in Arabic, papyrus fragments in Coptic and in Greek, and early English publications, such as the first book of offices. The Museum also exhibits a 16th century  Ethiopian parchment manuscript in Ge’ez of praises of the Old Testament, psalms and other praises to the prophets of the Old Testament, such as the praises of Solomon. The manuscript also has several pages with painted icons. 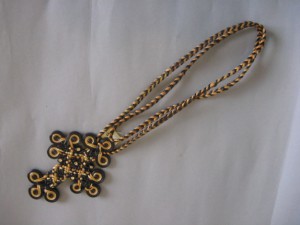 Leather crosses are handcrafted by Coptic monks, nuns, and hermits. 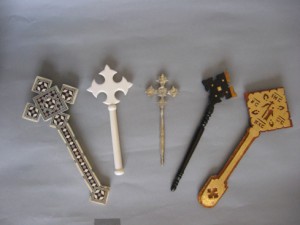 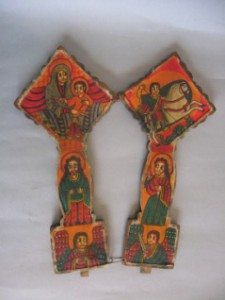 The Museum’s Ethiopian cross collection includes a unique multi-purpose wooden cross in the form of a diptych. It serves as both a hand and a stand cross. When closed, the cross may be used as a hand cross. When open or closed, it may also be placed on a stand. Iconographic images are painted on both sides of the inner panels: 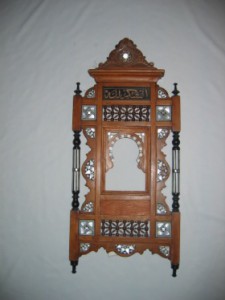 The Museum carries a small collection of Coptic  wood craftsmanship such as picture frames,  Korban seals. 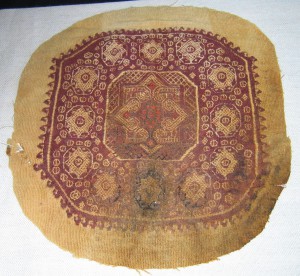 The Museum exhibits textile fragments of varying sizes and shapes and designs dating from the circa 2nd to the 8th century. 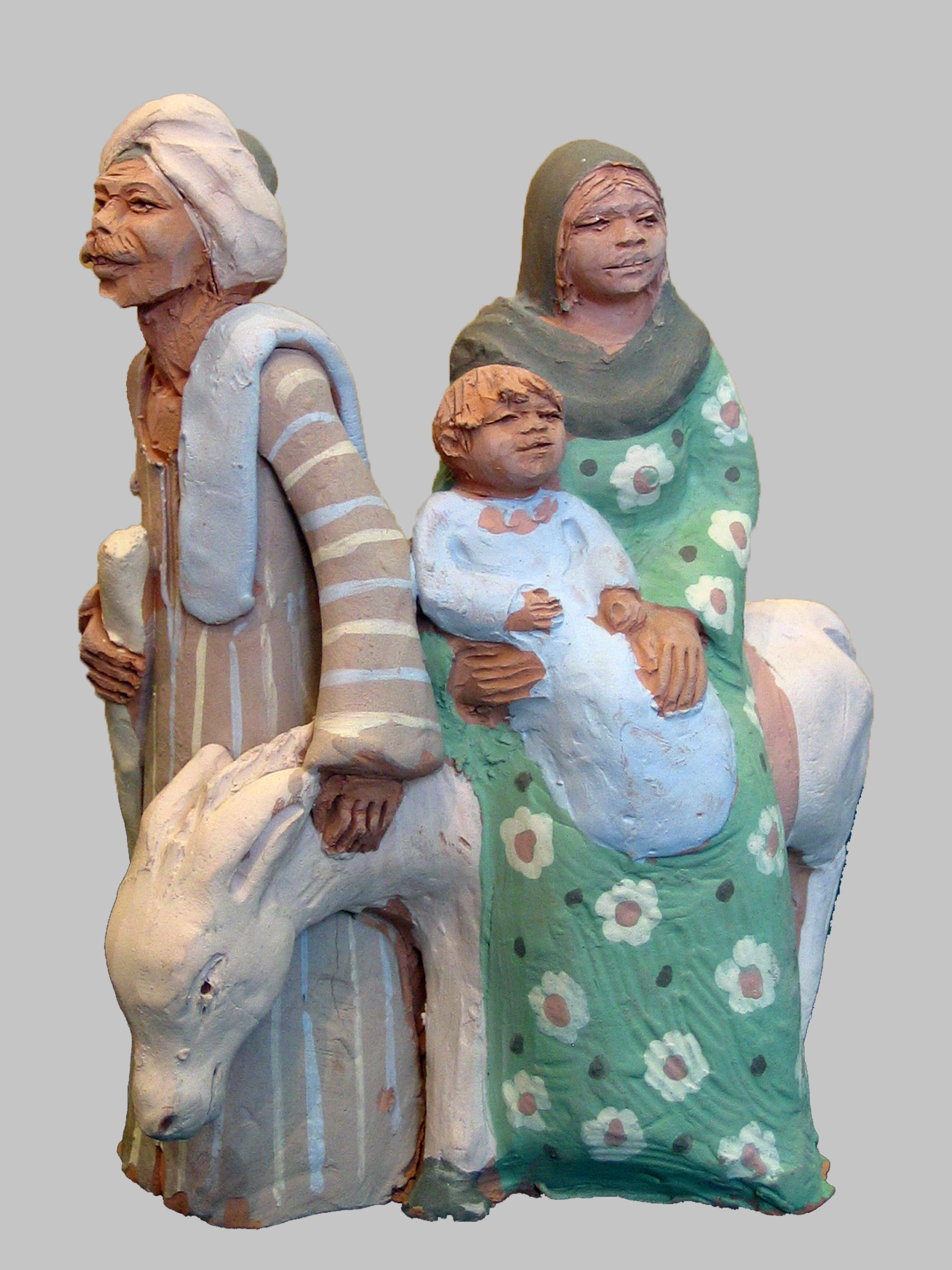 The Museum’s collection includes terracotta and porcelain objects dating the 7th century to the 21st century. 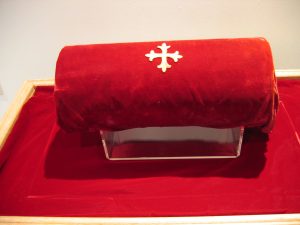 The Museum  tells  the story of St. Mark’s Coptic Church
and community  (Scarborough, Ontario) through its collection of ecclesiastical vestments and liturgical objects, as well as books, photographs, videos, and memorabilia.

2004.3.2
The firs relic case in St. Mark’s Church  containing the
relics of St. Mark, the Apostle